With the Bank of England predicting inflation topping 13% in the fall and a recession lasting through 2023, the next incumbent of 11 Downing Street will be under immediate pressure to ease the biggest squeeze on living standards in decades and kick-start growth.

Whoever wins, they will have just weeks to line up an assistance package for struggling Britons before energy bills soar in October. Below are some of the candidates for the role of delivering their economic agenda.

Business Secretary Kwasi Kwarteng is the favorite to be the next chancellor. A pro-Brexit free-marketeer who calls himself a “low-tax Conservative,” he was one of the most prominent and earliest backers of Truss.

Kwarteng, 47, was elevated to Boris Johnson’s cabinet in January 2021 in charge of the business department, becoming the first Black Conservative secretary of state. He’s had to deal with successive energy crises including surging prices that have been exacerbated by Russia’s war with Ukraine.

A scholar at Eton College, the elite school attended by Johnson, Kwarteng has a doctorate in economic history from Cambridge University and was a financial analyst at JPMorgan Chase before becoming an MP in 2010.

He has a long history of working with Truss, including as co-authors calling for far-reaching free-market reforms in the 2012 political book “Britannia Unchained.”

Simon Clarke has been Chief Secretary to the Treasury since 2021 but despite effectively being Sunak’s deputy for virtually all of that time, he announced his support for Truss’s leadership bid just two days after Johnson resigned.

Privately-schooled and an Oxford University graduate, he trained as a solicitor at Slaughter & May before entering politics. Clarke, 37, was at the forefront as the Conservative Party made inroads in traditional Labour territory in northern England, winning Middlesbrough South and East Cleveland in 2017 as the seat turned blue for the first time.

He supports Truss’s plans to cut taxes immediately, while at the same time attacking Sunak’s response to the cost-of-living crisis that he previously supported when he was working under the former chancellor.

Unlike Truss, Clarke voted to leave the European Union in 2016. But they both showed their loyalty to Johnson by not resigning during the upheaval that ended his premiership.

Work and Pensions Secretary Therese Coffey’s chances are less obvious. The department she manages is focused on delivery, though it is also on the front line of British politics when it comes to welfare policy and payments.

Still, like Truss, the 50-year-old Coffey was educated at Oxford and advocates a return to traditional, low-tax values many Conservatives regard as the key to boosting growth and encouraging investment.

During Johnson’s administration, Coffey was frequently called on to defend the prime minister in the media over various scandals. The fan of Liverpool Football Club also has supporters on the ideological right of the Tory party because she has argued against onshore wind projects.

Coffey has also said she wants a tougher welfare system — also popular on the Tory right — and that she was blocked on that by Sunak as chancellor.

Nadhim Zahawi’s elevation when Sunak quit completed a vertiginous rise up the ministerial ranks, rewarded for his stint as vaccines minister during the pandemic. A late backer of Truss, the danger for him now is that if the front-runner wins and appoints her longstanding ally Kwarteng, Zahawi will become one of the UK’s shortest-lived finance ministers.

Even so, Brexit-backing Zahawi, 55, is regarded as a safe pair of hands and is popular with grassroots Tories, boasting the kind of back-story the party loves.

Born in Baghdad to Kurdish parents, Zahawi arrived in the UK as a boy, unable to speak English, when his family fled Saddam Hussein’s regime. He trained as a chemical engineer at University College London and is now a self-made millionaire after co-founding the polling firm YouGov.

His short stint as chancellor has largely been uneventful, limited by Johnson’s commitment not to announce any major new fiscal measures until a new prime minister is in place. That’s drawn criticism from the opposition and consumer groups as dire warnings about the economy mount and pressure rises to announce new measures to help Britons struggling with soaring energy bills.

Steve Barclay – Brexit Has Been His Making (Sunak)

Health Secretary Steve Barclay, 50, is tipped as a potential chancellor in a Sunak government, having previously served as his deputy in the Treasury.

The two worked together on the pandemic response, rolling out a series of unprecedented packages to support businesses and workers. Having racked up record levels of debt, they’re now aligned on the need to reduce it.

Though seen as a Johnson ally, Barclay has backed Sunak, and his appointment could help repair relations between the former chancellor — whose resignation helped trigger the premier’s demise — and Johnson loyalists.

Barclay was a staunch supporter of the UK leaving the EU, and served as Brexit secretary under both Johnson and his predecessor, Theresa May. A Cambridge University graduate and solicitor, he worked for the insurer Axa, Barclays Bank and as a regulator at the Financial Services Authority before entering politics.

An experienced Treasury minister, former management consultant John Glen would be another contender in a Sunak premiership. The 48-year-old was City minister while Sunak was chancellor and holds the longest-serving record as economic secretary to the Treasury. He led on post-Brexit reforms for financial services and knows the department well.

But Glen has a far lower profile than other candidates on this list. Elected to Parliament in 2010 on his second attempt, Glen previously worked for Accenture and in the Conservative Party’s research department, where he helped former Tory leader William Hague prepare for Prime Minister’s Questions against Tony Blair.

A backer of Remain during the Brexit referendum in 2016, Glen resigned from Johnson’s government a day after Sunak as the move against the prime minister gathered momentum.

Grant Shapps was an early Sunak backer after his own leadership bid failed to gather momentum. Nevertheless, in his brief campaign, he advocated an emergency budget and personal tax cuts — both policies pursued by Truss, suggesting there may be some economic differences with Sunak.

A keen pilot who’s been Transport secretary throughout Johnson’s tenure as premier, Shapps, 53, was frequently used at difficult moments to speak to the media, developing a reputation for being calm under pressure.

But on his own brief, he’s been criticized for everything from his handling of Covid-19 testing for international travelers to tailbacks at Dover. More recently, he’s attracted opposition criticism for refusing to negotiate with striking rail workers, saying it was a matter for unions and the rail companies.

State-educated Shapps earned a diploma in business from Manchester Polytechnic. He started out as a photocopier sales representative, before a series of marketing ventures that caused controversy early in his ministerial career in the 2010s when it emerged he’d used a pseudonym.

As a former foreign secretary and deputy prime minister, Dominic Raab has serious ministerial experience, especially as he stood in for Johnson when the premier was in hospital with Covid-19. But his reputation was dented — he was ultimately demoted — over the UK’s chaotic evacuation from Afghanistan in 2021. Raab was on holiday as Kabul fell to the Taliban.

Raab, 48, ruled himself out of the running to succeed Johnson and despite being a co-author with Truss and Kwarteng on “Britannia Unchained,” endorsed Sunak and his brand of “Thatcherite” economics. He has heavily criticized Truss’s plans for immediate tax cuts, calling it an “electoral suicide note” that would see the Tory Party “cast into the impotent oblivion of opposition.”

He has said a recession is avoidable, but that the cost-of-living crisis should be tackled in a way that doesn’t drive up borrowing. A karate black belt, Raab trained as a lawyer before entering politics full-time, becoming an MP in 2010. 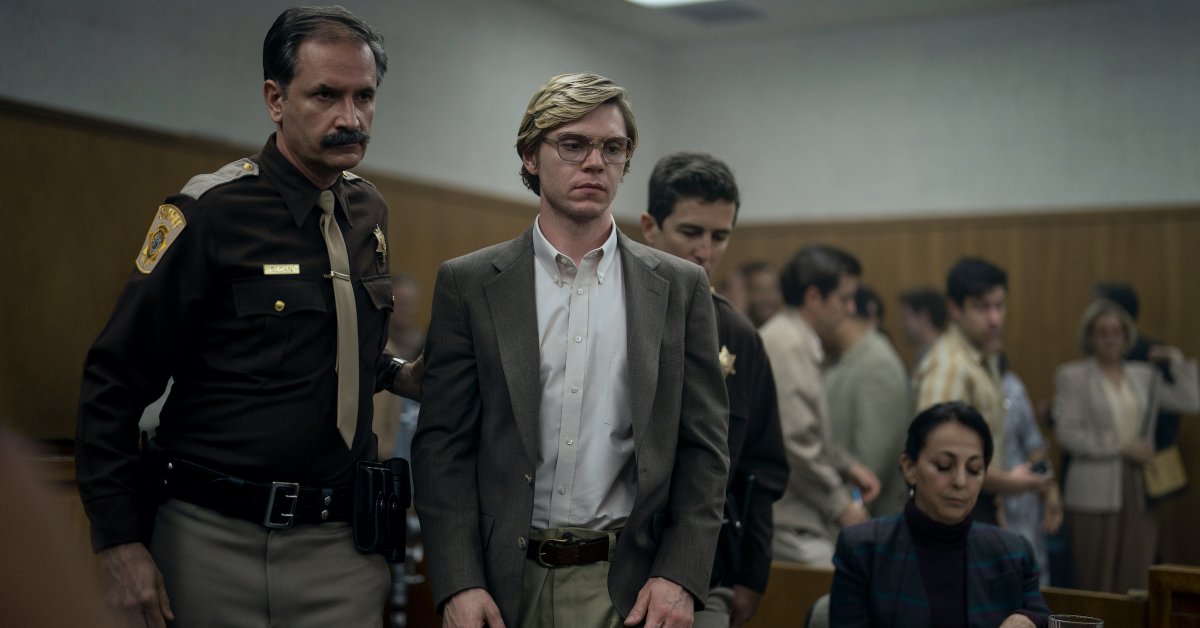 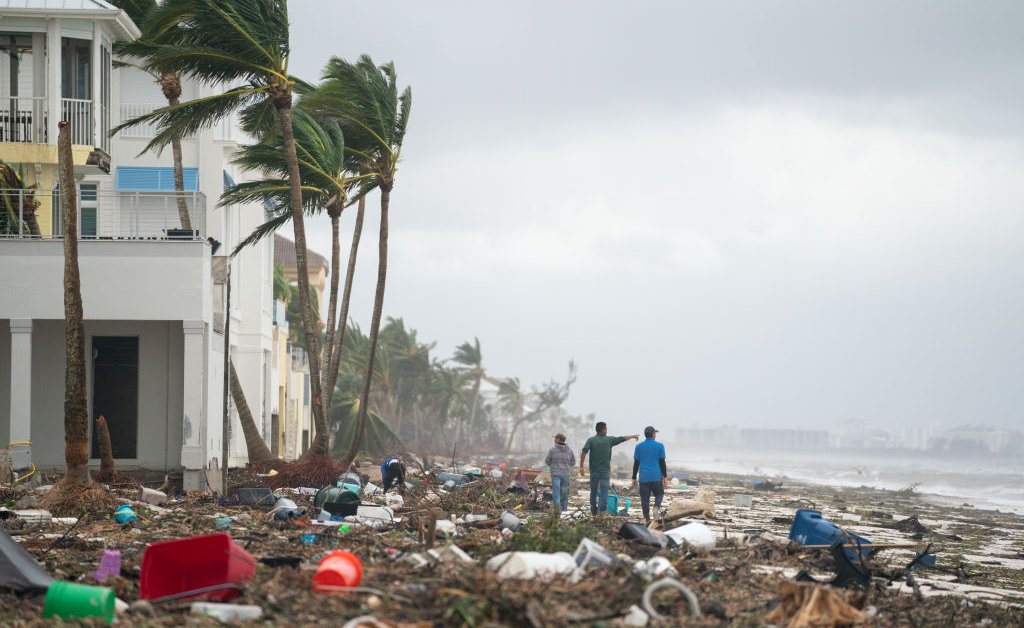 The Unique Dangers of a Pandemic-Era Hurricane

Cuba turns lights back on in parts of Havana, elsewhere still dark after Ian