Voters in four states – Vermont, Connecticut, Wisconsin and Minnesota – headed to the polls Tuesday for another round of primary races.

In Wisconsin, there’s a proxy battle between former President Donald Trump and his estranged ticket-mate, former Vice President Mike Pence, over who Republicans should put up against Democratic incumbent Tony Evers for governor.

Trump picked construction magnate Tim Michels over the state’s former Lt. Gov. Rebecca Kleefisch, who is being supported by Pence and former Republican Gov. Scott Walker, who Kleefisch worked under.

Both Trump and Pence have traveled to Wisconsin to campaign for their preferred candidate. 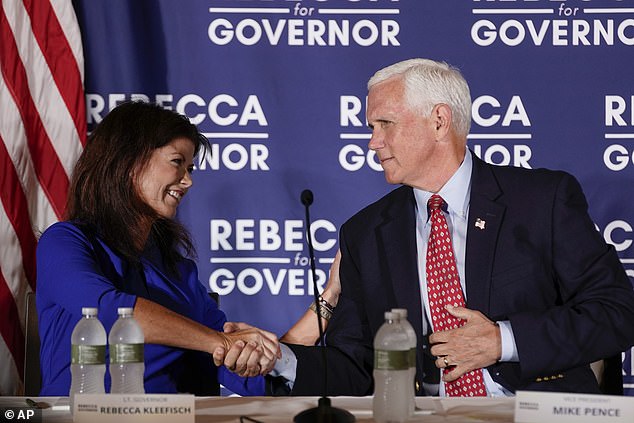 While former Vice President Mike Pence (right) campaigned for the state’s former Lt. Gov. Rebecca Kleefisch (left). He appeared with her in Pewaukee, Wisconsin on Wednesday

However another candidate, state Rep. Tim Ramthun, could also play the role of spoiler.

While the trio of Wisconsin candidates have parroted Trump’s election fraud falsehoods, Ramthun has pushed that he wants to decertify the 2020 election result in the important swing state – something that’s not legally possible.

On the Democratic side, Lt. Gov. Mandela Barnes easily won the primary for the party’s Senate nomination.

Barnes will go up against incumbent Republican Sen. Ron Johnson, who is expecting a tough re-election fight in a state that went for President Joe Biden in the last election, though for Trump four years before.

Barnes, a progressive backed by Democrats like Sen. Elizabeth Warren, will have to pull moderates and independents in his corner to win against Johnson, a Trump-aligned conservative. 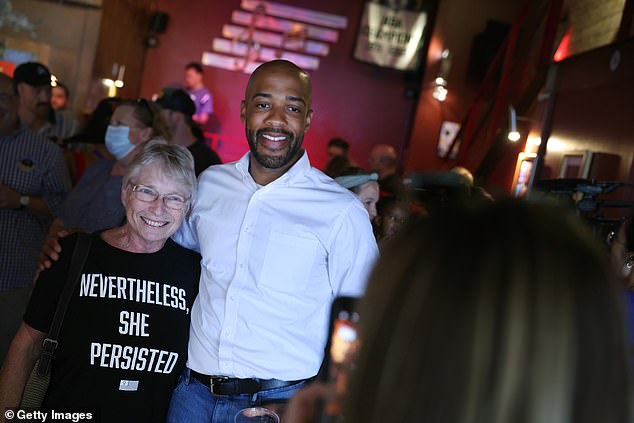 Democrat Mandela Barnes (right) is expected to win his Wisconsin Senate primary to take on incumbent Republican Sen. Ron Johnson in the fall. Barnes, a progressive, has been endorsed by Sen. Elizabeth Warren

Republican Brad Finstad, a former official with the U.S. Department of Agriculture, should have a leg up over Democrat Jeff Ettinger, the former CEO of Hormel Foods, as the district is rated by the Cook Political Report as ‘likely Republican.’

Ettinger, however, ran a campaign based on how he has the experience to curb soaring food costs – potentially an attractive message to voters.

The winner Tuesday will serve in the House through January, when Hagedorn’s term was to end.

Ettinger and likely Finstad – who faces a primary opponent Tuesday as well – would then run against each other in November for the full two-year House term.

Finstad, however, barely won the GOP primary in May for the special election, so there’s a chance his rival Jeremy Munson could appear on the November ballot instead. 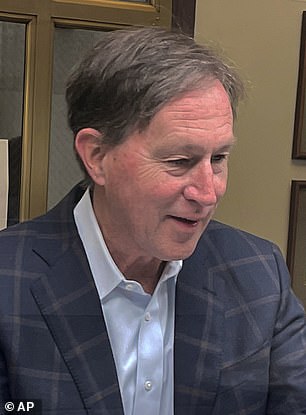 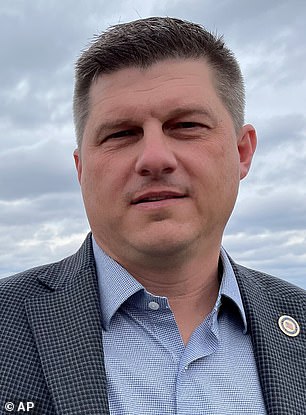 State Sen. Becca Balint defeated Lt. Gov. Molly Gray in the Democratic primary for the state’s at-large House seat, which is being vacated by Welch for his Senate run.

If Balint is elected in November – which is likely – she’ll be the first woman and first openly gay person to represent Vermont in Congress.

In Connecticut, three Republican hopefuls were running for the chance to take on incumbent Sen. Richard Blumenthal.

The Trump-backed candidate, Leora Levy, was running ahead of rivals Themis Klarides and Peter Lumaj shortly after polls closed. 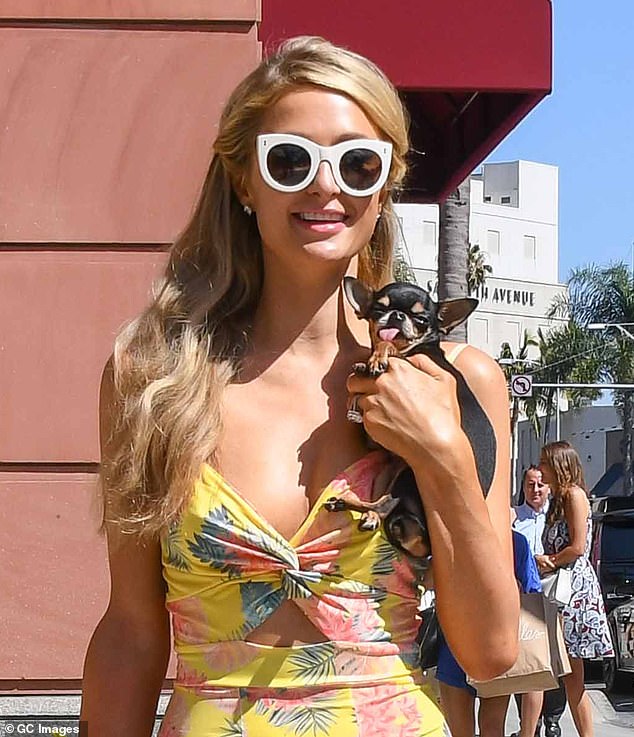 Students walk out after assistant principal tells staff to use ‘straight, white privilege’